Is This the American Way?

But Freedom Ain’t Free They Scream

And Slaughter Just One More Child

Yesterday, the March For Our Lives: Road to Change Rally  came to town. Students from local Pinellas County high schools joined with students from Marjory Stoneman Douglas to demand their voices be heard. They spoke eloquently about their continued anger, sorrow, fear, and frustration. They reminded us that guns kill nearly 100 people a day in the United States. That’s 13,000 people a year! Every day we lose seven kids and all their potential. Each month fifty women are shot and killed by their intimate partners. And it’s not just homicides and avoidable accidents. Over 60% of gun deaths are suicides.

They also reminded us that the vast majority of Americans support gun control in some form. They are rightfully angry and frustrated because they understand that money and politics and money IN politics has stymied efforts for change up to this point. But they also know that they are the future. They believe that their voices and their will to change things is stronger than the NRA’s stronghold on policy. They warn policy makers that if their demands for change are ignored, they have the numbers to vote them out. Their passion is undeniable. They rally like their lives depend on it.

And I want to believe change is coming! I am moved by their passion. But my cynicism has proven to be remarkably resilient. I want that cynicism to be washed away. I want to have that just-dunked-evangelical-cleansed-of-my-doubts-oh-so-fresh baptismal feeling. But dirty thoughts keep rising to the surface. Like, for example, the horrifying reality that between 1998 and the fall of 2017, the NRA spent over 203 million dollars on political activities. And that spending has spiked significantly since 2012 (in the wake of the Sandy Hook massacre). Dirty thoughts about a lot of dirty influence.

Those dirty thoughts lead me to doubt and the doubt tries to lure me into apathy because, if nothing is going to happen then why try. Right? But then I look at a picture of the young people fighting. Or I think of the seven kids that are going to die today. Or I wonder how many of those fifty women that were gunned down last month would still be alive if guns weren’t so easy to get. These thoughts demand attention, so I push back against the apathy and cynicism. I pledge my support to the kids, my vote to the least NRA corrupted politicians, and my money to forces for change. 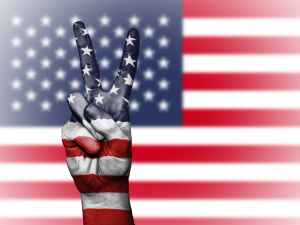 This is My American Way

Freedom Claims A Road to Change

So March for Our Lives

And Save Tomorrow’s Future

Stats courtesy of Everytown for Gun Safety and Politifact

Thanks to Hello Giggles for a great article on gun control organizations, if you’re looking to donate your time and/or money.

1 thought on “The American Way”