The Road Trip Triangle (as mentioned in previous post) had begun!

Day one began before dawn as we turned onto the highway–just a bit behind schedule– at 6:08AM! 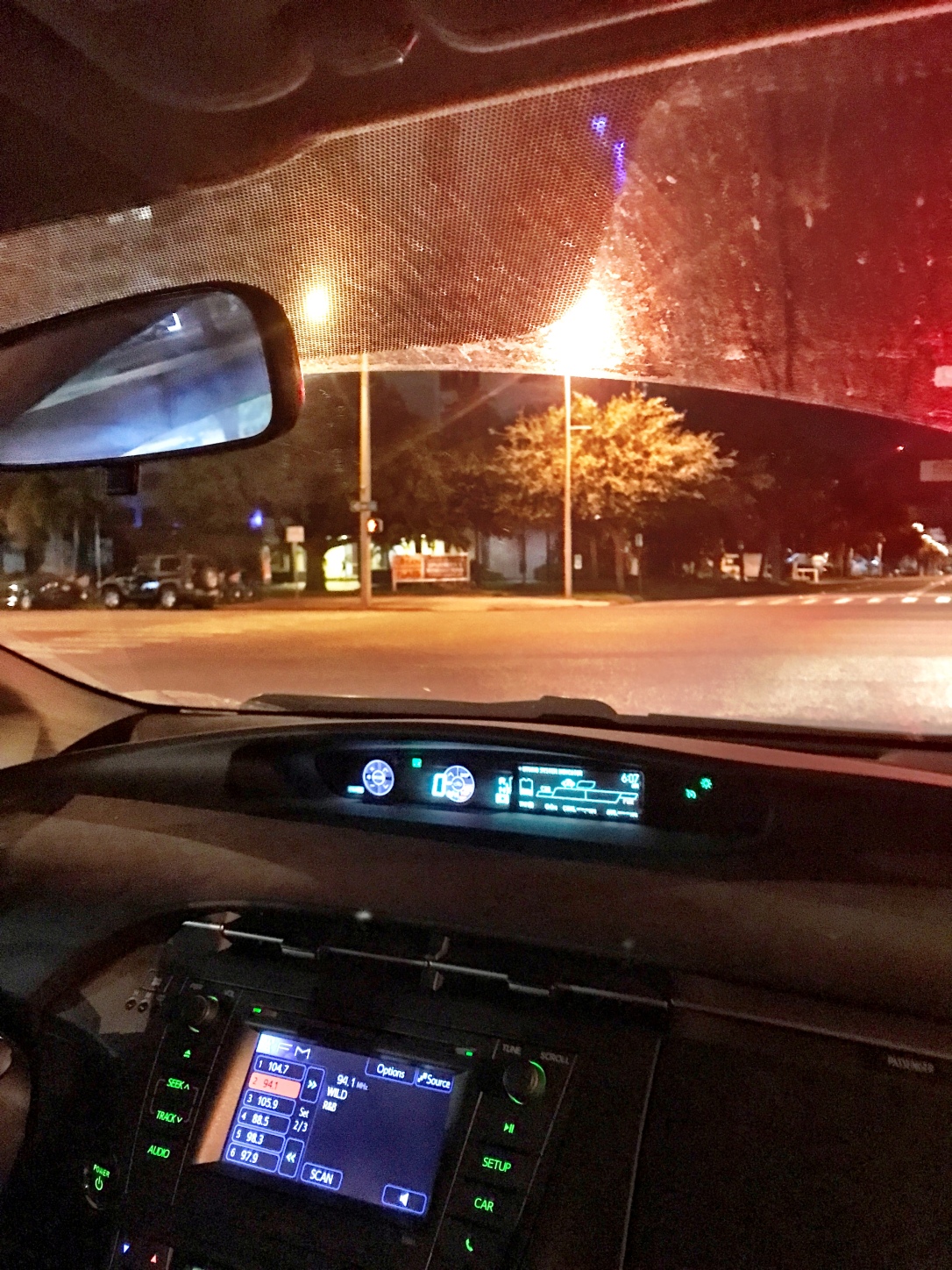 Eleven hours later we arrived in Birmingham after enjoying one fifty-song 1980s play list, one six-episode podcast (Dirty John), one Georgia diner lunch, one (not our) car-on-fire delay, one road unexplainably blocked by a crane, and one Eufaula, Alabama history lesson (conducted from the passenger seat by yours truly). 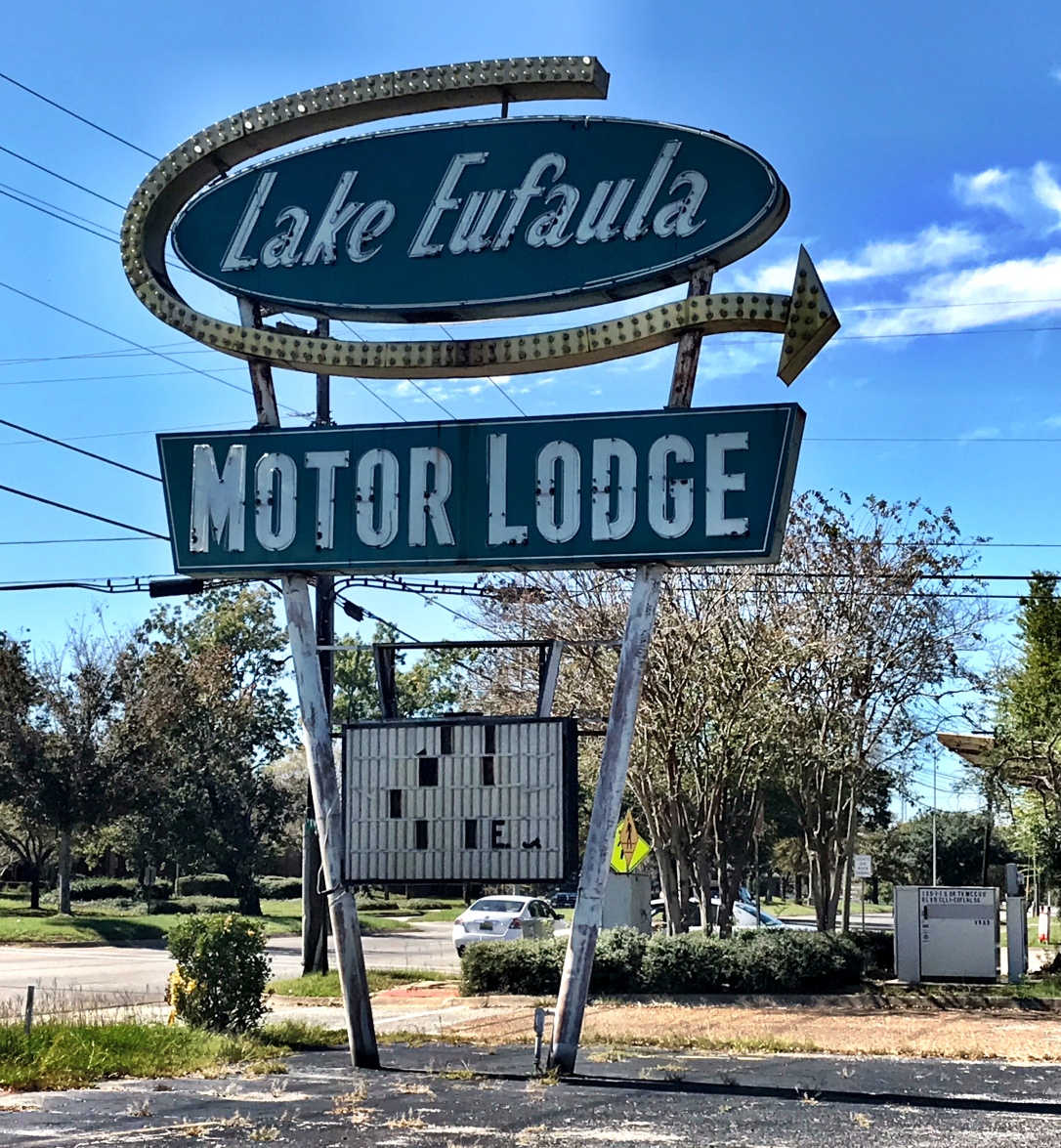 BRIEF ASIDE FOR A SLIVER OF THE HISTORY LESSON: Evidence of Eufaula’s wealth (made possible by enslaved labor and its location on the Chattahoochee River) is still abundant in its well preserved historic district. But I found this abandoned motel a more compelling image. Glorifying remnants of the antebellum south challenges my fierce sense of outrage given the current state of our political and cultural landscape.

A few hours later, we arrived at our hotel just out of Birmingham. Exhausted but feeling accomplished! After a couple of beers at the hotel bar and 30 minutes staring at TV, we were out!

Day Two began even earlier. We woke at 3:45 (which was 4:45 for our still-in-the-eastern time zone frame of mind) so we got up at hit the road. Which meant we got to see this beautiful sunrise over the Tennessee River in Alabama. (Disclaimer: picture does not do it justice. Moving car. Dark. …) 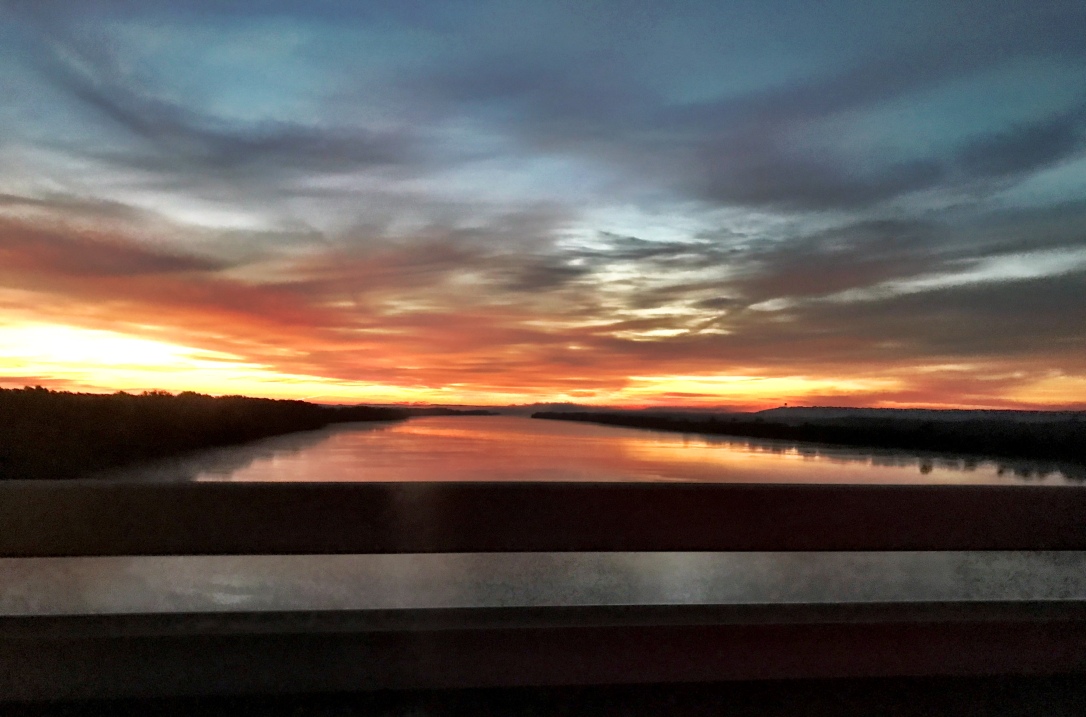 Much like the day before we had a playlist (50 great songs from last ten years), a podcast (started season three of Serial), road side food, and a lot of bathroom breaks, which included the fanciest rest stop I’ve ever seen. It’s actually on the register of National Historic Places in Kentucky. Fancy!

But finally, eleven hours after we left we arrived at our interim destination!! And there were boots!!! 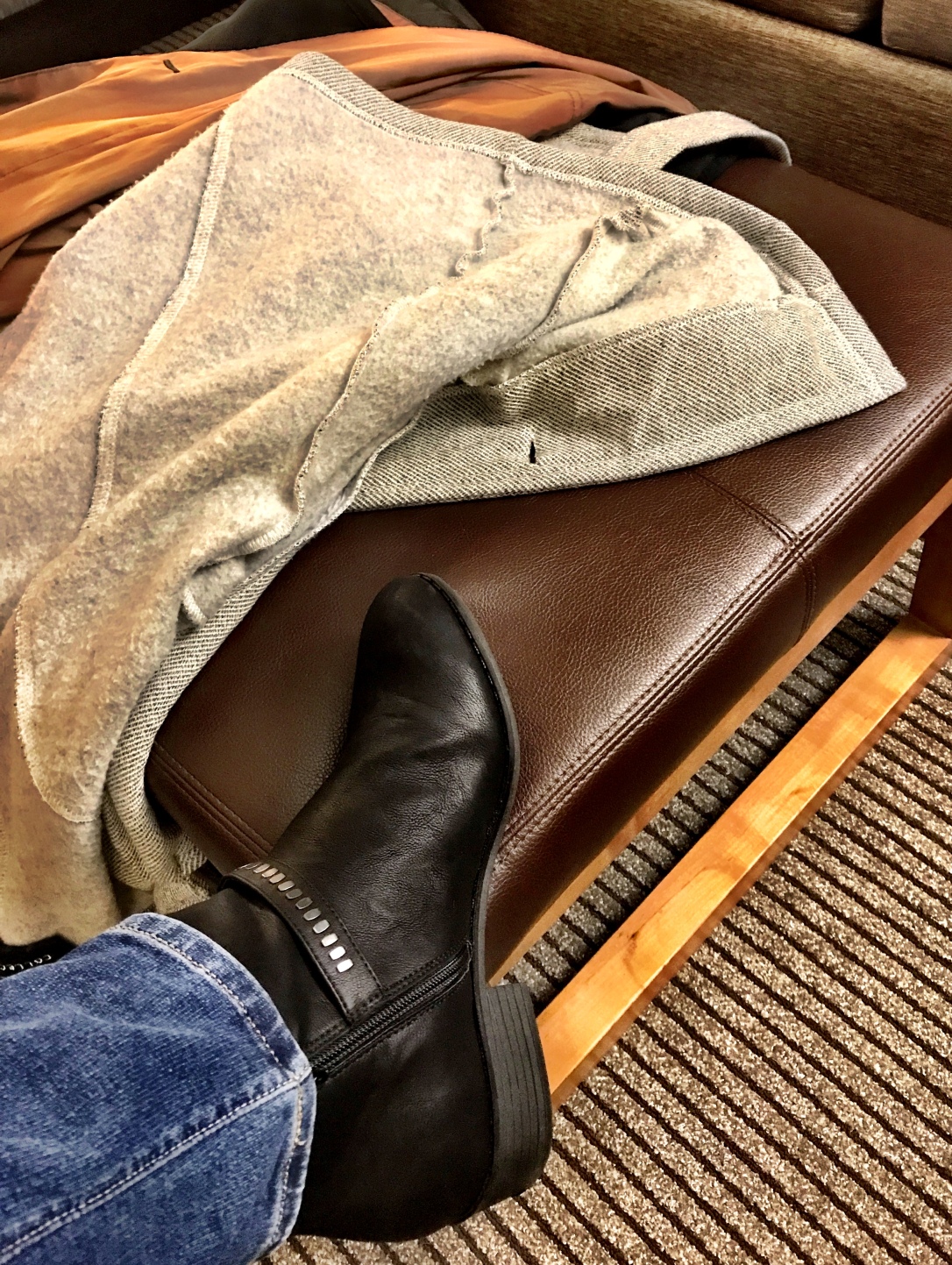 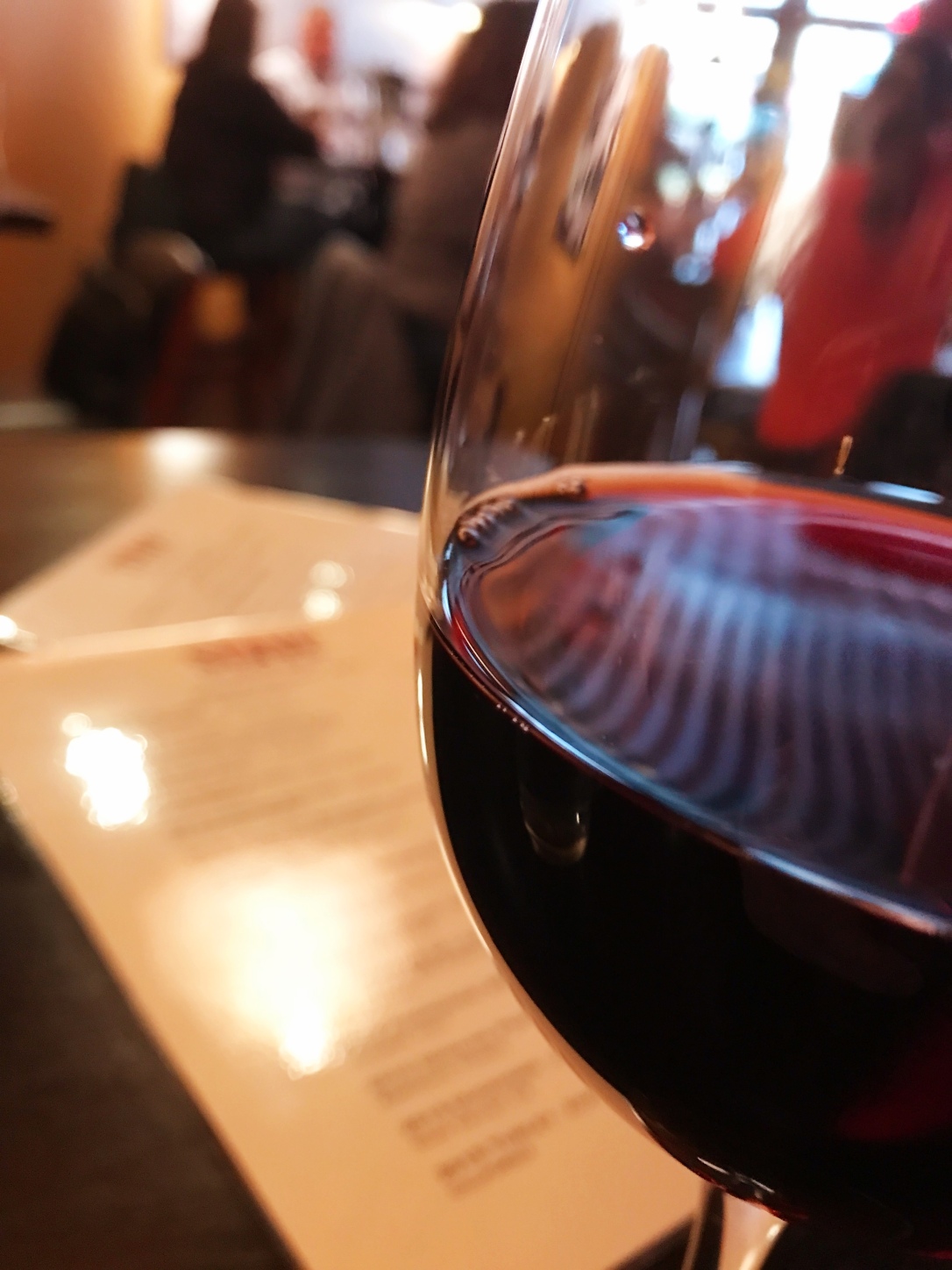 And visits with friends and family. And 25 MPH winds. And a wind chill of 35 degrees!!!

It’s been a couple of good days. But tomorrow we hit the road again. This time for a marathon 744 miles.

5 thoughts on “Two Days BEFORE Dawn”