Spiders from Mars. That’s the first thing that came into her head when she saw it. Thinking of Ziggy Stardust made her smile. She’d always loved Bowie. But that thing—whatever that thing was supposed to be—most certainly did not make her smile. The assignment had been simple enough. Create an original art piece for her foyer. Something simple and elegant that reflected her eclectic personality without being offensive or ugly. Something whimsical but with gravitas. Something deeply personal but not too revealing. She didn’t want to seem too transparent. That kind of thing led to requests. For favors. Or money. God she hoped he didn’t expect to get paid for this monstrosity. It was a shame. He was a beautiful boy. But still, she’d couldn’t have that thing staring at her. Her smile widened as she stepped towards him.

Spiders from Mars. That had been the thing that came into his head when he first met her. Well really that one line. “Like some cat from Japan, he could lick ’em by smiling. He could leave ’em to hang.” He loved Bowie—as Ziggy and every other incarnation—but he’d never really felt that lyric. Then he met her. Slick. Shiny. Smiling. Always fuckin’ smiling. Telling him she loved him. Loved his work. But nothing behind the eyes. She’d definitely charm you then leave you to hang. He’d heard her requirements for the “art piece” but he didn’t really listen. He couldn’t get the spiders from mars out of his head. He should’ve told her no, but he really needed the cash. Plus, it really was perfect. Cold eyes. Crass. Mind screwed by her ego. Or maybe he had been wrong about her. She seemed to actually like it. After all, she was smiling. 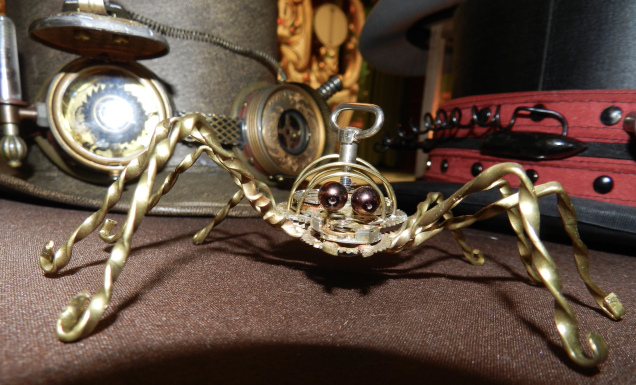 This weird piece of Flash Fiction was inspired by the image (above) from AdnaeInviere at DeviantArt.com courtesy of Fandango’s Flash Fiction Challenge #9 and by Ziggy Stardust himself. I LOVE David Bowie. There will never be another one like him.

Ziggy Stardust & The Spiders from Mars

6 thoughts on “Star Crossed Lovers & The Spiders from Mars”